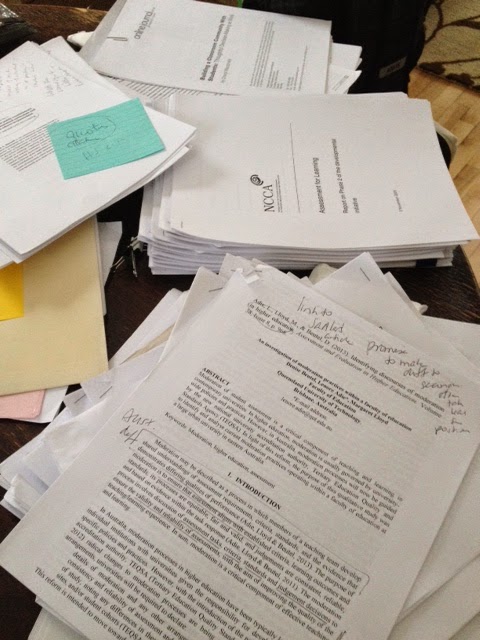 There has been alot of interest in the notion of “informed professional judgement” as many Canadian educators experience a change in the balance between large-scale external assessments across a province and classroom assessment. As I’ve been reading the work of the various International experts in the area of assessment for learning, it has been fascinating to see how the notion of professional judgement is emerging differently in different jurisdictions.
As educators, we can find ourselves “adopting a good idea” without having taken the time to examine the underlying assumptions and the context in which the idea first took root. For example, if one quickly reads the well-written chapter by Susan Brookhart (2013) titled, Grading, you might miss that she clearly notes  the findings are pertinent in the United States. You might assume that means they would be the same elsewhere. You would likely be wrong. The current assessment, teaching, and learning conditions in the United States are unique and not necessarily transferable to other countries, given their context.
In a recent post, I shared the work of some of the Australian team members in the area of moderation of student work. Australia has, during the past decade, begun to implement national testing.
This work is fascinating and is of immediate interest to educators in Canada where many provincial/territorial jurisdictions also have external examinations. Here in Canada there are many jurisdictions that use the process of moderation with students, with teachers, across schools and across school systems. In the 1990s, British Columbia engaged in moderation processes as part of developing reference sets – descriptions of student learning over time – in a variety of areas such as reading, writing, numeracy, group communication, and technology. In the late 1990s, Ontario, British Columbia, and many individual school districts collected student work samples in subject areas such as writing, numeracy, social responsibility, and so on and engaged in a variety of moderation processes. The process itself varies and yet is typically described as incredibly powerful professional development.
Recently I’ve been reflecting on two papers focused on “Overall professional judgement” submitted by New Zealand team members - Charles Darr and Jenny Poskitt. While the process they describe also involves looking at student work, it is evolving in a very different context.
In the 1990s, New Zealand developed a powerful and extensive set of assessment exemplars that illustrated learning over time in a variety of subject areas and disciplines. During the past decade, New Zealand has moved to articulated national standards - however, there is no national testing. Instead of relying on national testing, they are seeking to continue the work towards  “overall professional judgement.”
Poskitt and Mitchell (2012) in their article titled, New Zealand teachers’ overall teacher judgements (OTJs): Equivocal or unequivocal? describe some of the work being done as teachers develop their understandings of National Standards and work towards common understandings of quality in relation to the standards. They write, “Teacher capacity to judge current and future performance is important. With multiple opportunities to gather pertinent information, teachers are best placed to make valid (unequivocal) judgements on student achievement when they have shared understandings of standards. Because standards are comprised of multiple criteria, not all of which are evident in samples of student achievement, teacher understanding of standards develops through professional conversations and moderation processes.”
In this article, after examining the International context, the history of this work, and the challenges that arise, they detail the research methods – case study – that they used. I appreciated this concluding statement,
“In essence there is tension between teachers’ tacit knowledge (gut feeling), intra and inter professional judgements, and explicit knowledge. Although having clarity about the composition of OTJs and standards, appropriate evidence to underpin those judgements and using exemplars and verbal descriptors to support the judgements is likely to lead to greater consistency (Sadler, 1998; Gardiner et al., 2000), it is only throughmoderation processes that teachers will reach deeper understanding of standards (Wyatt-Smith et al., 2010). Deep or meaningful change in teacher beliefs and professional practice takes time, generally considerably longer than anticipated (Timperley, Wilson, Barrar, & Fung, 2007).” (Poskitt and Mitchell 2012, p. 73)
A second paper by Charles Darr (2014) describes the development of an online tool to support teacher judgements. Darr (2014) outlines the framework and the challenges of supporting teachers professional judgement with an online tool. As I read Darr’s paper, I was reminded of Malcolm Gladwell’s book, Blink:The Power of Thinking Without Thinking (2005) as well as the Assessment Reform Group’s 2006 report, The role of teachers in the assessment of learning.
The work focused on professional judgement has relevance to Canadian educators as it supports some of the work already being done and offers fresh ways of thinking about it as work in the area of professional judgement moves forward in Canada - in particular, the many projects across Canada exploring alternative ways to communicate to parents and communities about student learning.
To read more about ‘overall professional judgement’ from a New Zealand perspective, you might want to read the papers by these New Zealand researchers - I've included links in the reference list below.
In closing, we have much to learn from our international colleagues from New Zealand and elsewhere. I am heartened that these ongoing international conversations support all of us to be critical and thoughtful consumers of research and ideas imported from other contexts.
We will post glimpses of our deliberations at: https://tagboard.com/AforLConversation/160953
References
Assessment Reform Group. (2006). The role of teachers in the assessment of learning. UK: ARG.
Brookhart, S. (2013). Grading. In J. McMillan’s Sage Handbook Research on Classroom Assessment (Chapter 15). Thousand Oaks, CA: Sage Publications.
Darr, C. (2014).  The development of an online tool to support teacher judgements. New Zealand Council for Educational Research. Auckland; NZCER.
Gladwell, M. (2005). Blink: The Power of Thinking Without Thinking. New York: Little, Brown and Co.
Poskitt, J. & Mitchell, K. (2012). New Zealand teachers’ overall teacher judgements (OTJs): Equivocal or unequivocal? Auckland: Assessment Matters 4, 53 – 75.
Posted by Anne Davies at 06:34 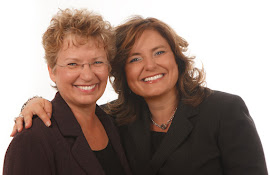